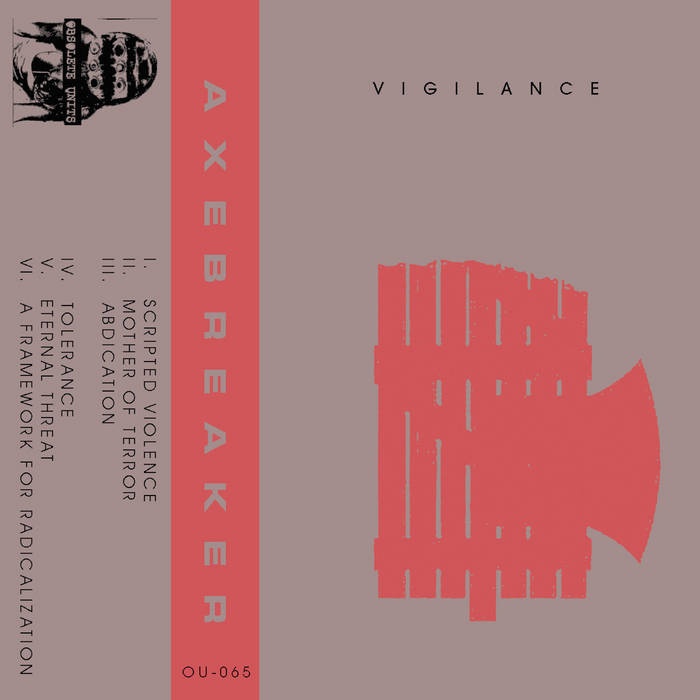 Power electronics' unfiltered trawl through transgression has at its best produced provocative and unbiased looks into aspects of humanity and society most prefer to leave unexplored, and at its worst has stagnated with vapid attempts at shock and distressing affinities for poisonous ideologies (fascism, racism, misogyny). In light of the disturbing normalization of far-right extremism in the Trump era, Terence Hannum of experimental metal/noise powerhouse Locrian and darkwave trio The Holy Circle started Axebreaker as an explicitly anti-fascist power electronics project, one aiming its attack deliberately at the rise of white nationalist violence and rhetoric in the West. On Vigilance, Hannum’s aural arsenal is one of unrelenting low churn, barely-controlled feedback, and throat-lacerating vocals, crated with a keen ear that evokes elements of PE cornerstones like Con-Dom, Ramleh, The Grey Wolves, and Genocide Organ etched with his own distinctive sonority that informs his diverse and prolific catalog. Vigilance comes packaged with a live CDR showcasing a gritty, uncompromising recording of his fifth “live assault” and an Axebreaker pin. A powerfully relevant and passionate statement of resistance that’s been long overdue.

Bandcamp Daily  your guide to the world of Bandcamp

Featuring Gary Bartz, 5 years of Rhythm Section Intl and an LP of the week by Nicolas Jaar