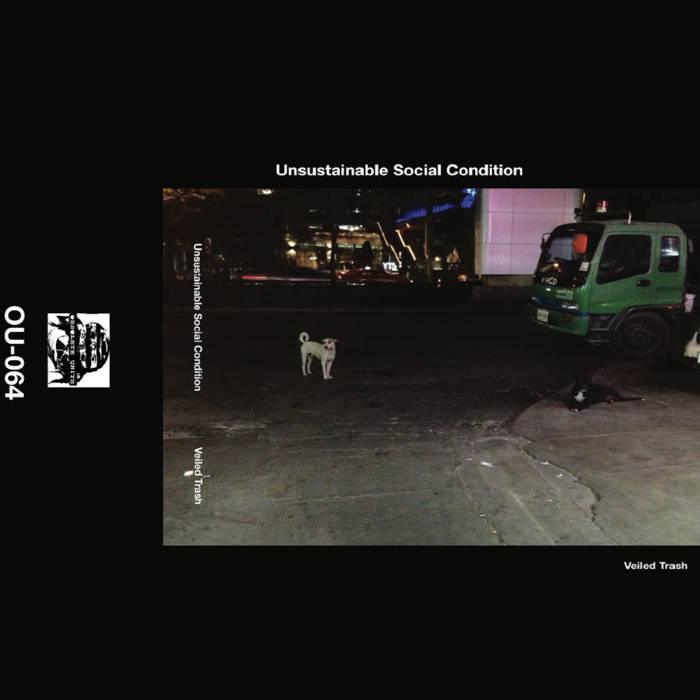 Timwie J. Malmsteen one of my favorite harsh noise acts!

There’s an irony in genres offering infinite freedoms falling prey to generic formulas, and what's designated harsh noise can too often suffer at the behest of stubbornly rigid approaches. Hence the work of Unsustainable Social Condition has felt particularly refreshing and revitalizing these past years, with its mastermind Matt Purse discharging an unabated series of releases reveling in the impenetrable, ear-bleeding rapture set forth by pioneers like Incapacitants, Pain Jerk, Skin Crime, and Richard Ramirez. The impassioned, immaculate curation behind his label Oxen Records is embodied in Veiled Trash, an uncompromising, unrestrained, and annihilating pandemonium spread over 20 minutes. Purse has cultivated his voice with potent releases through Oxen, New Forces, and Phage Tapes as well as performances both national and international alongside noise legends like K2, The Rita, and Government Alpha; Veiled Trash is a continued advancement of USC’s stature as one of the unequivocal titans of U.S. noise.

Bandcamp Daily  your guide to the world of Bandcamp

Guests include Kassa Overall and Muriel Grossman, plus an LP of the week by Van Hunt.